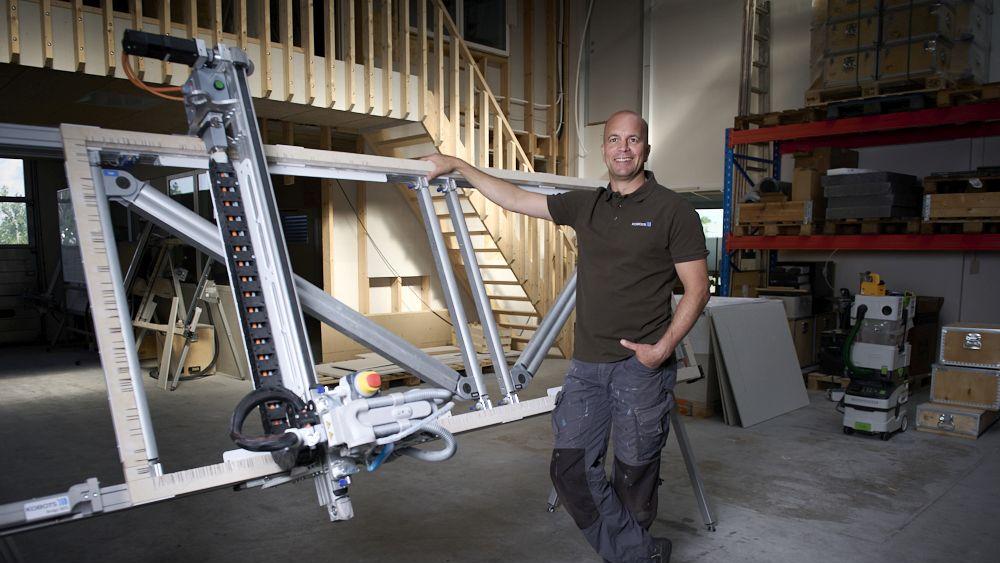 The people behind Kobots know that construction workers benefit from healthier, longer and more productive careers when robots are used to automate part of the workflow. Using the British crowdsourcing platform, Seedrs – which has no minimum investment requirement – Kobots is inviting everyone to invest in its robots to help the future of construction.

“Amigo is perfect for Lighthouse because we have to cut so much drywall,” said Morten Kjaer, enterprise manager for Hustømrerne A/S, which works on LightHouse. “It allows us to keep a fast pace on the construction site.”

Jonas Nymark hangs drywall at the Lighthouse site and he says the robot makes a huge difference in air quality.

“It’s scary: we used to have at least three times as much dust in the air before we started using Amigo,” Nymark said. “I don’t want to go back to working in all that dust.”

Nobody is too busy to automate

Since its introduction in 2020, Kobot’s Amigo has cut enough drywall to cover 24 football fields, and it has preserved 34 tonnes of materials by saving and automatically remembering to use smaller pieces.

“Any company that’s gotten a demo of Amigo has either purchased or leased the robot,” said Peter Hartvigsen. “Kobots is positioned right there on the hockey stick growth chart where things are really going to take off.”

Among Kobots’ owners are some of the Danish robotics industry’s heavy hitters, like Niels Jul Jacobsen, the man behind Mobile Industrial Robots and Capra Robotics.

This Seedrs crowdfunding round kicks off on Oct. 11, 2021, and you can reach it here or you can register for a private investment that opens on Sept. 29 here.

Since its introduction in 2020, Kobot’s Amigo has cut enough drywall to cover 24 football fields, and it has preserved 34 tonnes of materials by saving and automatically remembering to use smaller pieces.
Link to article: https://www.linkedin.com/pulse/danish-robotics-company-kobots-open-investors-malene-grouleff/

By continuing to use the site, you agree to the use of cookies. more information